Dancing Past the Dark available in paperback!

Dancing Past the Dark: Distressing Near-Death Experiences by Nancy Evans Bush is available in paperback!

The IANDS Conference bookstore will have copies at a discount, or it can be ordered from the publisher, Parson's Porch Books. Amazon, Barnes and Noble, and other outlets will have it shortly. IANDS will receive half of the income from this groundbreaking book. Ask your local library to order a copy.

“…absolutely enthralling—literary, adventurous, incisive, informative and smart… one of the strongest, most thought-provoking books on the paranormal I've ever seen.” -- Steve Volk, author of  Fringe-ology

“Dancing Past the Dark is what we have all been waiting for… a must for any experiencer of…any type of encounter with the numinous. -- P. M. H. Atwater, LHD, author of Near-Death Experiences: The Rest of the Story

The John Templeton Foundation has awarded a three-year $5 million grant to University of California Riverside philosopher John Fischer to research aspects of immortality, including near-death experiences and the impact of belief in an afterlife on human behavior, according to a UCR report. The Immortality Project will solicit research proposals from scientists, philosophers and theologians whose work will be reviewed by respected leaders in their fields and published in academic and popular journals. "We have a deep human need to figure out what happens to us after death," said Fischer, principal investigator of the Immortality Project.

"Anecdotal reports of near-death experiences, out-of-body experiences and past lives are plentiful, but it is important to subject these reports to careful analysis," Fischer said.

Alex Tsakiris recently interviewed two important NDE researchers on his Skeptiko.com podcast, a leading source for the skeptic vs. believer debate on science and spirituality. Dr. Melvin Morse spoke about NDE researchers' attitudes about the NDE: "We studied every survivor of cardiac arrest and virtually every child that we studied told us of some [type of near-death] experience. I’m wondering why we don’t simply accept it? ... Why don’t we just say, 'Oh, okay, that must be what happens when we die.'?”

In a separate interview, Dr. Raymond Moody spoke about his recent memoir, Paranormal: My life in pursuit of the afterlife and his new online course, "A New Way of Thinking", and related the experience of a surgeon who was operating on a man injured in an accident when the room “opened up into another dimension” and he saw and talked with the wife of the man he was working on, who had been killed in the accident.

The 11th annual International Bioethics Forum of the BioPharmaceutical Technology Center Institute in Madison, Wisconsin focused on near-death experiences and the experience of dying. The videos of the talks and panels are available. The first day focused on NDE research:

The full set of videos for the conference is here.

Dr. Janice Holden, editor of IANDS' Journal of Near-Death Studies, recently presented an excellent two-hour lecture on The Handbook of Near-Death Experiences: Thirty years of investigation, of which she is a co-editor. The Handbook is a compilation of the first 30 years of NDE research.

In the lecture, Dr. Holden summarizes the main points of the book. The presentation is given in four parts, roughly 30 minutes each: Part 1, Part 2, Part 3 and Part 4. Throughout the presentation, Dr. Holden uses an interview with Tricia to illustrate her points. Tricia, a community college English teacher, suffered cardiac arrest during surgery following an automobile accident and experienced an extensive near-death experience, with a veridical element and with numerous aftereffects.

A new book by neuroscience researcher Mario Beauregard, deals with the relationship of the mind to the brain. Brain Wars: The scientific battle over the existence of the mind and the proof that will change the way we live our lives presents near-death experiences as one of several lines of evidence that "strongly challenge the mainstream neuroscientific view that mind and consciousness result solely from brain activity". Dr. Beauregard is associate research professor at the University of Montreal Neuroscience Research Center.

An excerpt on NDEs from the book, titled "Near Death, Explained", appeared recently at Salon.com. A strong critique by PZ Myers, a biologist and skeptic at the University of Minnesota Morris, was later published, to which Dr. Beauregard responded.

An important addition to research on distressing NDEs has just been published by former IANDS President, Nancy Evans Bush. Dancing Past the Dark: Distressing Near-Death Experiences is the first comprehensive exploration of disturbing NDEs and how people interpret them. The book has already received several very positive reviews: "Engagingly written", "A must for any experiencer of a near-death state", "The perfect combination of research, personal narrative, and analysis".

The book is packed with solid information and first-person narratives that, although marked by dismaying and even terrifying features, turn out to have something vital to say about life itself. It's now available as an e-book from several vendors. More information here.

Dr. Janice Holden, editor of IANDS' Journal of Near-Death Studies, was recently interviewed by Alex Tsakiris on Skeptiko.com. She commented on a recent paper in Trends in Cognitive Sciences by Dean Mobbs and Caroline Watt, "There is nothing paranormal about near-death experiences", which concluded in part, "Research suggests that there is nothing paranormal about these experiences. Instead, near-death experiences are the manifestation of normal brain function gone awry."

If you believe you have had an NDE and are interested in participating in future research, you can add your information to a participant list to share with NDE researchers. A variety of research studies is currently underway. 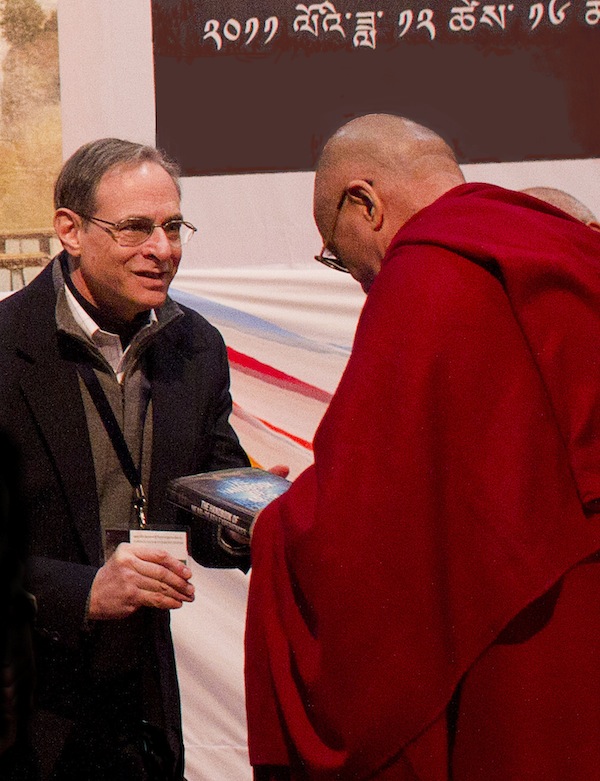 NDE researcher Bruce Greyson was recently invited to speak with the Dalai Lama at a dialogue between Western neuroscientists and Buddhist monks, as part of His Holiness's long-term effort to build a bridge between science and Buddhism. Greyson presented the Dalai Lama with a copy of The Handbook of Near-Death Experiences, which summarizes the first thirty years of research on NDEs; it is edited by Janice Holden, Greyson, and Debbie James. The Director of the Library of Tibetan Works & Archives, which preserves and publishes modern editions of ancient Tibetan texts, asked for permission to translate the Handbook into Tibetan, so they could use it in the monastic curriculum for their monks.