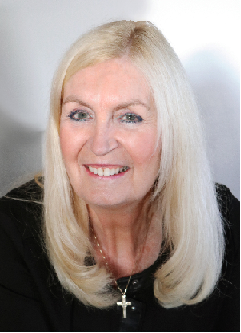 President - Dr. Yvonne Kason MD, MEd, CCFP, FCFP, is our first Internationally based IANDS President. She is a Canadian family physician and transpersonal psychotherapist [retired], previously on faculty at the University of Toronto.  She is an internationally renowned medical expert on Near-Death Experiences (NDEs) and Spiritually Transformative Experiences (STEs), with 40 years experience counseling and researching persons with NDEs and other STEs.  She has had five Near-Death Experiences, two in her childhood and three in her adult life, as well as multiple STEs.  Propelled by a powerful kundalini awakening in 1976, and a Near-Death Experience in a 1979 medevac plane crash, she began to research NDEs and other spiritual experiences.  In 1990 she became the first Canadian medical doctor to specialize her medical practice in the research and counseling of patients with NDEs and other STEs. Dr. Kason first coined the phrase “Spiritually Transformative Experiences” in 1994, in a Journal of Near-Death Studies article, and in her book, A Farther Shore.

Dr. Yvonne Kason has been a member of IANDS since 1993, and an IANDS Board member since September 2018. She is the Co-Leader and co-founder (2019) of Toronto IANDS, and is a member of ACISTE, the American Center for the Integration of Spiritually Transformative Experiences.  In the past, Dr. Kason was co-founder and Board member of the Kundalini Research Network, the Canadian Coordinator of the Spiritual Emergence Network, the founder of the Spiritual Emergence Research and Referral Clinic in Toronto, and co-founder of the Spirituality in Health-Care Network.  She has five published books, her most recent, Touched by the Light: Exploring Spiritually Transformative Experiences, (2019).   Dr. Kason has extensive media and public speaking experience worldwide.  She has been a keynote speaker at conferences internationally, and has made over 100 professional presentations.  She was a Keynote speaker at IANDS Vancouver conference 1999, and a plenary speaker at IANDS Philadelphia conference 2019.  Dr. Kason has been an invited guest on many TV talk shows including: The Dr Oz Show. Her 1979 plane crash Near-Death Experience was re-enacted on Sightings and in two documentaries. Dr. Kason retired from the practice of medicine in 2006 for health reasons [Traumatic Brain Injury]. Following a dramatic brain healing in 2016, a “miracle of brain neuroplasticity”, Dr. Kason has now resumed writing, public speaking, and giving media interviews about NDEs and STEs.  Yvonne Kason lives in Toronto, Canada, and enjoys “snowbirding” during the winter months,  in Encinitas, CA.

Vice-President - Robert Bare, M.P.A. has been on the Board of Directors since February, 2019. He attended West Valley College, San Jose State University and The University of San Francisco as well as a few other schools where he graduated with Bachelor’s and Master’s degrees as well as two teaching credentials. He has had faculty/staff positions at the Oregon Institute of Technology and National University, where he taught Business, Public Administration and Law Enforcement courses.  Robert has retired 3 times but is still active working as an International Business Consultant and as a Technical and Grant Writer and Development Director. His former careers included working and retiring in January 1992 from the California Highway Patrol after a 23 yr. career. Additionally, he held positions as the General Manager and City Administrator for three communities. He also worked as a Staff Executive / Consultant for an International Consulting Company, which allowed him to work and travel extensively in both the U.S. and Canada.  He has been active in the communities he has resided in by serving on the Planning Commission, Drug Free Coalition, and the Commission on Children and Families. He also served on the California Special Districts Board of Directors and the California Special Districts Workers Compensation Board. He received recognition when selected as “Peace Officer of the Year – 1976” and nominated as “Special Districts General Manager of the Year – 1997”.

Robert is an “Experiencer”, having died and been revived in 2009. He has been featured on television shows such as “I Survived Beyond and Back” and been the featured speaker at several IANDS groups. He also participated as a Panelist at the 2019 IANDS Conference.